WhatsApp Limits Status Videos to 15s Due to COVID-19 [Latest] 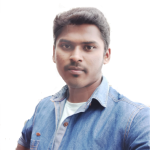 This is going to be a temporary change. The changes will be restored once the COVID-19 issue get resolved and under control. There are 400 million WhatsApp users in INDIA. The main motto is to reduce the duration is that the users spends more time on social media for voice/video calling, chatting especially on WhatsApp. This is leads to high traffic on internet servers.  So, implementing such limitations will help in reducing heavy web traffic and storage. WhatsApp has recently announced that it has increased its server capacities.

NOTE: it is a temporary decision.
The full functionality will be restored in future. https://t.co/KZFhj5OMtZ

Other platforms such as Netflix and YouTube too have taken measures to reduce the load on Internet servers during the lockdown period.

How to choose a good domain name for your business or blog?

Dalgona Coffee and 9 other trending recipes in this lockdown, Google Trends

How to make Dalgona Coffee Recipe in 10 Minutes?

Top 5 downloaded apps in India during lockdown till now